Archive for the tag “Road to Publication”

I am so excited to be able to reveal the beautiful cover for my novel No Small Shame due for release 1 April 2020. Set in Australia, in the last chaotic days of WW1, Mary O’Donnell, a young Scottish immigrant must make an impossible choice that will change her life forever. No Small Shame is a tale of love and duty, loyalty and betrayal, and confronting the past before you can seek a future.

Ventura Press (Impact Press) and Christabella Designs have created such a beautiful cover! When I was initially sent three design concepts for my feedback, this one was the Ventura team’s pick and it quickly became my favourite too.

But first, I printed out the three cover designs, cut them to size and blu-tacked them onto three published books, of similar page lengths, to get a real feel for how they might look. I left the books lying around on the kitchen bench, the kitchen table, the coffee table and my desk, to test them out, but my eye just kept being drawn to the image of the bed, the beautiful wallpaper so evocative of the era, the crooked holy picture. Plus the suggestion had been made that a tear or crack could be added to the wallpaper. Combined with the title No Small Shame, it conjured so many questions and possibilities for the story. And that was for me, the author, who already knew exactly what the story was about! Of course, at the time, each of the three designs were only concepts and all needed tweaking: fonts, sizes, colours, etc.

Well, you can see the fabulous end result. I couldn’t be happier! And I’m thrilled to have already received some really positive feedback on social media, along with people saying they can’t to read the book. I can’t wait either until No Small Shame is out in the world in April 2020.

The Journey From Hook to Book

From Hook to Book – Yes, indeed! 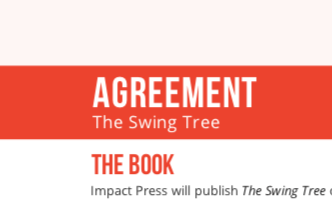 My adult historical novel, The Swing Tree, is to be published by Impact Press (an imprint of Ventura Press) in March 2020.

It’s been a big journey from hook to the book.

Several more years ago than I like to admit, I signed up for a Year of the Novel course through the then Victorian Writers Centre (now Writers Vic). I had an idea for a contemporary novel set in China, where I’d lived and worked for several months a couple of years before. The book was to be from an Australian expat teacher’s perspective and my first attempt at a novel since my Prof Writing course.

Around this same time, I was trying to put together a family tree and decided I should find out more about where my forebears came from and why. I never got further than one branch of the family, because…

Well, I’ll try to keep a long story brief. My great-grandparents originally came from Belfast in Ireland. My great-grandfather, John McConaghy, came home from the Boer War to a quiet house and a grieving wife. His three baby daughters all dead and buried from maladies to which many infants succumbed in the slums of the Falls Road. With no work to be had, in 1901, John and Mary, my great-grandmother, immigrated to Scotland to the Lanarkshire pit village of Bothwellhaugh to join John’s brothers in the Hamilton Palace Colliery. Though to the best of my knowledge, John had no prior experience mining coal. Within short time another babe was on the way – my grandmother, Alice. Two sisters followed. But in the interim another sister and brother were born and died within months of the dreaded gastroenteritis or bronchitis. Again the rate of infant mortality was extreme and somewhat inevitable as the family lived, at different times, in two of the poorest rows – Store Place and The Square. One room for the entire family with no indoor plumbing but plenty of mould and rising damp.

Not a fit environment to live and thrive and so in 1912 John answered the call of immigration posters from Australia promising sunshine, good jobs and cheap nominated passages.

My great-grandfather came out to Australia first on the SS Makarini accompanied by several other families from the village. Their destination – the new State Coal Mine in Wonthaggi. Six months later, on nominated passages, Mary and their three surviving daughters embarked on the SS Hawkes Bay out of Tilbury.

Over the following weeks, instead of working on my new novel, as I should’ve been doing for my course, I was web surfing and taking steam ship voyages in tiny cabins by candescent lighting and discovering everything I could about pit villages in Scotland. Bothwellhaugh, a tiny dot on the map in 1912 when my family left, had long since been demolished as had so many pit villages when the mines closed and the tenement rows made way for modern housing, or in Bothwellhaugh’s case a new country park. The more I read and discovered, the more the life entranced me. (Probably because I didn’t have to live it.) Then, in the quiet of my research, Mary showed up. My novel’s protagonist – a young woman on the brink of immigrating too – oddly enough.

My real-life family flew under the radar, had no grand story to tell. They left no mark on history, no diaries or letters or place to begin. Except in my imagination. But it seemed Mary had a life and a plan of her own and her story began to grow. But how could I give her breath… I was halfway through my YOTN course and faced with a dilemma. Or so I thought. Until the night I grumped over dinner that I really wanted to be writing Mary’s story and researching Wonthaggi, Bothwellhaugh and steamship voyages, and not the novel I’d started. Then my husband asked matter-of-factly, ‘Why don’t you just write the novel you want to write. It’s your choice, isn’t it?’

Well, yes. It was my choice. And ironic, since the novel growing in my mind was so much about choices and how one choice can change a life forever. In that moment I made mine. 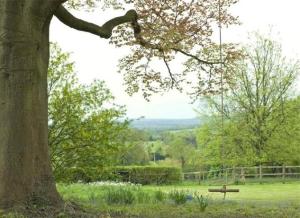 I switched projects and Mary’s story began in earnest. As did the work of learning to write an historical novel. A work of length when, previously, I’d written mostly short works of fiction for children and one contemporary YA novel.

As I fell in love with my characters, the era and the history, it came to me that I’d loved and read historical fiction my whole life. So really it was a no-brainer to write it. It only surprised me that I hadn’t thought of it before!

There was a lengthy period of time – mid-journey – where I set the manuscript aside to write another book while I worked out what to do with what had become a very unwieldy work-in-progress. Neither a full-on literary novel, nor a commercial novel, it crossed the genres of both. Young protagonist with adult problems! Which way to proceed? But that’s a whole other story!

I’m just delighted that the publisher loves the story too and I can’t wait to share the physical book with everyone next March. But first, there’s more rounds of editing and lots of exciting publishing things ahead like cover and book design, and reveals, marketing and a launch to plan.

ps: From the length of this blog, you can understand why the book took so long!

Small disclaimer: The photo above of the tenement rows in Bothwellhaugh is taken many years later than my story is set, but offers a glimpse of the life.