Archive for the tag “Anita Heiss”

What do you do when presented with a fabulous challenge but no time to think? You go, go, go for it.

The inspiring Anita Heiss sent out a world-wide challenge, via Facebook, an invitation to write for one hour on the Monday morn just gone. The idea being for everyone to start at nine, pens down (literally) at ten. And you were free to write whatever you wanted, fiction, non-fiction, speech, blog post, journal entry, anything you chose. 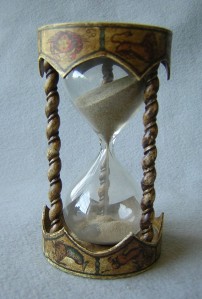 “The plan is for us all to write for an hour at the same time, UNINTERRUPTED!! Like an on-line writing group. Might be fun, might be productive, might turn out to be a waste of time creating this event.” AH.

Somehow I missed the event invite on FB, but logged in to see posts buzzing about the IWS about to start. At 8.43a.m. Monday. Yoiks!

A couple of minutes of yo-yoing between “I’m not ready. “I’ve had no time to think what to write,” to “I’ve wanted to write such and such scene for weeks. Could be perfect opportunity.” Um, ah. YES. Split second decision, and barely time left to grab a cup of tea.

Wow, did that hour go fast. But at the end of it, I had that scene on the screen. 877 words I’d procrastinated over for yonks. Done, dusted, and I’m happy to say – a good first draft. I admit I did scurry (before starting) for my notebook and snaffle some lines of dialogue I’d jotted down in the weeks prior musing on the same scene. But the thing is, the words got written.

Anita’s experiment provided the opportunity and challenge I needed to produce this scene, yet, the way it spilled out, it was just waiting to emerge. Now I can’t wait until the next writing sprint, and I’m hoping the whispers on FB are pointing to a regular event.

Some days we writers need a push, a challenge, reason to write. Thanks, Anita. Count me an IWS starter next time too.

(If you’re on Facebook and like the idea of the sprint, pop in and “Like” the International Writing Sprint page to hear of any upcoming events. See you at the starting line.)