The Importance of Story

Yesterday, I was privileged to see a live performance of Cirque du Soleil’s spectacular Saltimbanco at Rod Laver Arena. The charge in the auditorium was palpable as an eager and excited audience waited and the house lights dimmed. 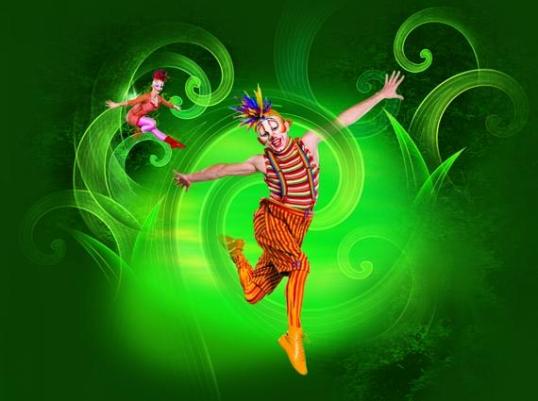 Like any of Cirque du Soleil’s brilliant performances, within minutes, the rainbow of colour, superb artistry, breathtaking acts, creative and imaginative costuming, and exciting music swirled the large crowd into a single enraptured body.

We thrilled to an amazing two hours of fantastic entertainment. I enjoyed Saltimbanco immensely and thoroughly recommend it.

But… I do have to say – for me, something was missing.

Though each individual act in itself was engrossing and visually stunning, somehow the performance lacked a thread of engagement because I was seeking, expecting, a story. Other Cirque du Soleil  performances I’ve seen – on television – followed a definite storyline – drawing me in and holding me by a narrative filled with emotion and tension that stretched throughout the performance.

I wasn’t the only one to miss this aspect. The family next to us discussed in the intermission how they were searching for the guiding story during the first half also. They never found it either.

According to Wikipedia Saltimbanco has a story.

“Created in 1992, Saltimbanco was the first show in which Cirque du Soleil would narrow its focus to tell a very specific and themed story. Franco Dragone was inspired by the way multiculturalism shaped the nature and direction of Cirque du Soleil and wanted the theme of this new show to be one of “cosmopolitan urbanism”.”

I think the key word here is “theme”.  Saltimbanco has a theme, not a story. Further investigation on the official website turned up the revelation, “Saltimbanco takes spectators on an allegorical and acrobatic journey into the heart of the city”. So it was intended as a journey, not as a story as I’d gone expecting.

Thinking about it on the way home it occurred to me that, much like attending a performance, reading a book can be fraught with preconceived perceptions (i.e. a blurb or a writers’ previous work can set us up with certain expectations). Some contemporary novels feature strong and evocatively explored themes, and amazing journeys, yet intentionally lack a story. For me, as a reader, if I’m reading a novel, I’m always expectant of a story.

I read fiction for story. And I write it with the same overarching intention. Most writer/publisher talks I’ve attended tout story as the most important aspect in a work getting published. Why then do I so often hear that story is lacking in many submissions and even some published works? Some even say story is not so important in literary narratives. I disagree – on the basis of my own reading pleasure. Beautiful prose is a joy to read and may keep me turning pages – though not always nowadays – to the final page, because without story I’m left dissatisfied like a great potential has been left unfulfilled.

I don’t need every ribbon tied up in a  perfect bow. Some can flutter free at the end for my imagination to furl, tie, twist or let flutter on, but I do like a story that concludes and a narrative to drive the story from start to finish. Something to latch onto and take me on a journey.

These thoughts remind me of a chapter book mss I wrote a few years ago. I developed a character for a series of short educational stories, and found Angus a cool, likeable dude. Turned out he was a little too cool for the series, but later I helped him get up to few more tricks and adventures, and included three of the short stories reworked as chapters. I loved his attitude and humour and had high hopes for him. I sent him off to a major publisher to see if they found him funny too, but, alas, Angus came back – though with the most positive, glowing of rejection letters.

“There is a great deal we like about AA Gets a Life – the voice is great, the characters are engaging, and the relationship between Angus and Nick is very believably drawn and sensitively explored. Unfortunately, it is not quite the right fit………………………”

Why? I couldn’t understand. (And there were tears.) If so much was good, why didn’t they want it?

Some time later, Angus was rejected by a different publisher. I sat down and pored again over the first rejection letter. The answer jumped out me in a heartbeat. The Editor had said she liked the voice and characters, but what was the one thing she never mentioned?

She never mentioned the… STORY! 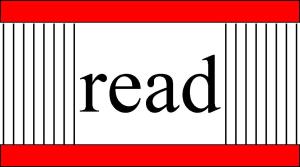 Like a whack over the head, I realised the mss had all these wonderful components, but no story. Admittedly, it was deceptive. On the surface it held together, even sounded pretty damn good, if I do say so myself. I still love it. But, reading back over it, I realised it was episodic. (The danger of cobbling, I’ve since learned.) Sure it had a narrative line, but it was not connected to a big enough hook or nearly strong enough storyline to carry a whole book. Angus is a great character. He deserves a real story to live in, and live through. So now he’s back on the drawing board of my imagination, and soon to start on his journey to a junior novel. This time supported by a strong storyline.

For now he has to wait, but he’s starting to fidget and call from the sidelines. ‘Hurry up and finish that novel. It’s my turn.’

Maybe story is not so important to everyone. Thank goodness there’s lots of readers out there loving different genres, styles and structures. I’d love to know, do you read for story? And do you read between the lines of your rejection letters? Just drop me a line in the comments to let me know.

8 thoughts on “The Importance of Story”